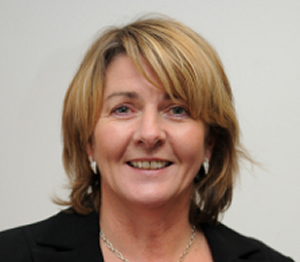 International Women’s Day is important. While some see the fight for women’s liberation as won, there is still a long way to go to equality. Women are still paid substantially less. Women have borne the brunt of the cuts being imposed by the Westminster government. Women’s work is treated as economically unimportant and unworthy of reward. And women still face blame when they are attacked.

I am indebted to the work of Professor Ailsa McKay, who died this week. Her work on gender budgeting and Citizens’ Basic Income has been instrumental in making economics a feminist issue. Her work on child care has become a vital part of the Scotland we all want to see.

For me changing the perception of women’s contribution to society and the economy is one of the most important things we can do in the new Scotland. We must not fall into the trap of seeing women’s role as being merely that of caring and domestic work. But we must recognise that this is the reality of many women’s lives, and acknowledge this in government funding and policy. And doing this successfully will help to reduce the gendered nature of work. It will encourage men to take on domestic work.

I believe the best way to do this is to introduce a Citizen’s Basic Income (CI). This was an initiative that Ailsa worked to develop and promote. It is a universal income paid to all citizens, allowing a decent quality of life. It will guarantee an income for women who look after children and reduce dependence on work. Citizen’s income would provide Scotland with a lever to end poverty, by removing the benefits trap. The security offered by Citizen’s Income will make it easier to move into work and avoid losing benefits.

Those of us influenced by Ailsa owe it to her to make this vision real. Independence offers us the opportunity to do that.

While there has been much progress in women’s quality of life in Scotland, the great recession has seen women bear the brunt of the government’s economic restructuring. This reflects a belief that women’s contribution is less significant than that of men. Money has been cut from child benefit while the highest rate of tax (overwhelmingly paid by men) has been reduced.

A report produced by a range of women’s organisations points to the clear gender impact of the UK government’s austerity agenda. Cuts imposed by the Westminster government to services like Sure Start, reduced funding for services dealing with violence against women, legal aid for women subjected to violence and discrimination, inadequate healthcare support – with cuts to disability and other benefits all have had a disproportionate impact on women. The UK Government appears to believe that manufacturing, finance and construction are more important than caring. This is simply not the case, and we must reverse it. That is difficult when only 4 of 20 of David Cameron’s Cabinet members are women.

There is little thought given to the gender impact of cuts. We must ensure that services used by women in the new Scotland enjoy the same esteem as others. It is simply not the case that caring is less important than the monetised economy. Had we focused more on caring and less on speculation it’s doubtful the economy would have crashed.

This post first appeared on the Yes Scotland site.